Alan Sandford is a leading North West Jeweller and Goldsmith. Alan's story started back in 1972 where he became an apprentice with a top Jewellery Company in Manchester & was taught by a Master Goldsmith from the world renowned Hatton Garden.

Alan successfully trained with him for many years, then progressed into being in charge of a workshop in Bramhall with a high profile business, Cottirill's, where Alan passed his knowledge and style onto Goldsmiths across the business.

10yrs later, Alan became a truly recognised and respected Goldsmith and set up his own independent workshop in Manchester, above Hancocks, one of Manchester's top Jewellers. This was a peak time for Alan, as he worked directly with all of the Top Jewellery Shops in the city. He was making a name for himself, both designing and crafting Handmade pieces for some of Manchester's most exclusive customers.

With further success, working in South Africa and for top Jewellers including David M Robinson, Alan is a trusted and highly experienced designer and craftsman. 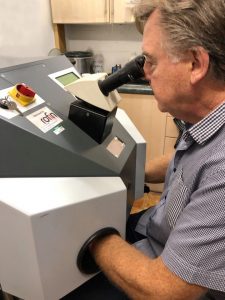 We are currently closed until Tuesday 24th May We apologise for any inconvenience this may cause. ... See MoreSee Less

We are members of